Dalip Singh Majithia retired as a Squadron Leader in the Indian Air Force in August 1947.

On August 5, 1940, a young Sikh pilot took off on his first training flight in a Tiger Moth aircraft from the Walton airfield in Lahore with his two British instructors.

17 days later, Dalip Singh Majithia, then just 20, flew his first solo flight, a flight that paved the way for a lifetime in aviation – first in the Air Force and then as a private pilot.

Along the way, Majithia had his share of adventures as a fighter pilot flying the legendary Hawker Hurricane on the Burma front during the Second World War to becoming the first person to land a plane in the Kathmandu Valley several decades later.

Tomorrow, Dalip Singh Majithia, who retired as a Squadron Leader in the Indian Air Force in August 1947, the year of our independence, turns 100.

“I still feel that I’m in it, when I meet [Indian Air Force] officers,” says Squadron Leader Majithia (retd.). “My batch people aren’t there anymore, we used to have our meetings on the first of August every year for some time.” 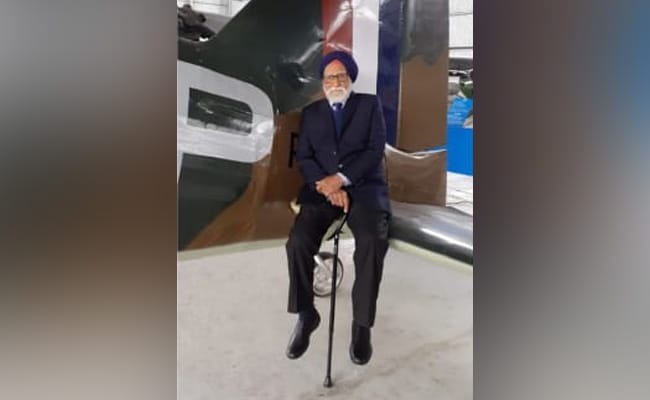 His story has been described as “a story of faith, courage and adventure” by Pushpinder Singh Chopra, India’s foremost aerospace historian. By the time he graduated as a pilot, he was good enough to be adjudged the best pilot of his course.

In A First, Woman Pilot To Join Rafale Fighter Fleet Of Air Force

In a first, two Indian Navy women officers to operate helicopters from warships

In A First, Woman Pilot To Join Rafale Fighter Fleet Of Air Force

September 21, 2020
Ten Rafale jets have been delivered to India so far. (File)New Delhi: A woman fighter pilot of the Indian Air Force (IAF) will soon...

In a first, two Indian Navy women officers to operate helicopters from warships

US Plan to Set up Base in Cyprus Can’t be Explained...